Ukrposhta released a new series of art postcards 'Cities of Ukraine' (illustrator - Anna Maksimenko). According to the authors, the postcards represent the most characteristic images and symbols of Kharkiv, Odesa, Dnipro, as well as Mykolaiv, Lviv, Kyiv and Ukraine on the whole. 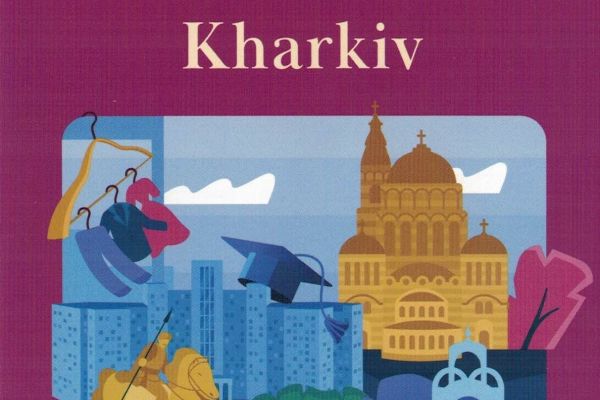 A short descriptive text is attached to each postcard. For example, Kharkiv evokes the following associations of authors of the series: "The city welcomes with a sculpture of the mythical horseman - the Cossack Kharko.The city educates thousands of students within the walls of the ancient Karazin University. It is surprised by the capacious "tiu", "lia" and stick "trempel" in memory. The city excites at "Barabashovo". It wings near the "Mirror Stream". The city impress with its monumental buildings towering over Freedom Square. It calms with the Annunciation Cathedral. Breathing. Inspiring."

As the general director of Ukrposhta Ihor Smilyanskii noted, that new art postcards are "news from native Kyiv, Kharkiv, Odesa or Dnipro to all Ukrainians who are currently abroad. And a good reminder for everyone else about how are beautiful Ukrainian cities, and what they will definitely be like after victory."

It is assumed that the funds received from the sale of postcards will be transferred to the needs of the Armed Forces.