On April 27, Yevhen Rachkov, a member of the CityFace project and a lecturer at the V.N. Karazin Kharkiv National University, took part in the Colloquium of the Department of Eastern European History at the Martin Luther University Halle-Wittenberg. 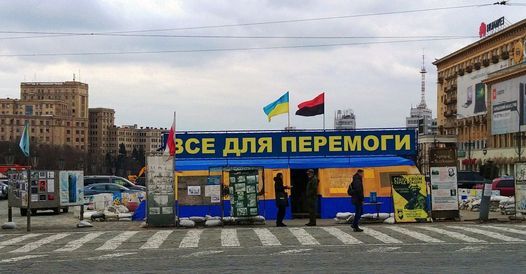 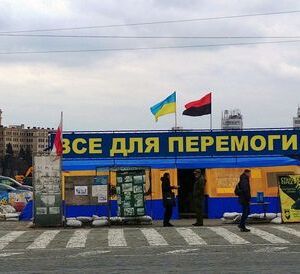 During the meeting, he gave a talk "Symbolic Space and Festivity in the Cities of Eastern and Southern Ukraine, 1990s–2010s."

The paper examines symbolic and ritual practices in five cities of southern and easternUkraine– Dnipro, Donetsk, Zaporizhzhia, Odesa, and Kharkiv – during the 1990s to 2010s. The author considers the ways in which urban symbolic and ritual practices (primarily expressed in such symbolic forms as municipal ceremonies and festivals) are connected with the cultural and symbolic space of cities. First and foremost, these practices represent a kind of “symbolic mediators” of urban cultural memory and participate in the preservation, broadcasting, and actualization of the cultural semantics of the city. During the 1990s to 2010s, urban symbolic and ritual practices in Ukraine were characterized by efforts to leave behind the most objectionable manifestations of the Soviet culture of festivity and create a fundamentally new festive canon. To an extent, these developments were part of the so-called “decolonization of historical memory,” initiated by the central government and urban communities. Undoubtedly, they were facilitated by the ongoing socio-political transformations, particularly those connected with the Orange Revolution (2004) and Euromaidan Revolution (2013–2014), the Russian aggression against Ukraine, etc. At the same time, the transformation of the Soviet complex of symbolic and ritual practices progressed only slowly; the change of political regime did not lead to a large-scale “ceremonial revolution.” Modern Ukrainian festive culture involves a combination, often quite eclectic, of at least several elements: a “new” style of festivity, generally based on borrowed “Western” cultural patterns; “traditional” forms, stressing national aspects and attempting to revive pre-Soviet cultural models; and “Soviet” forms, which preserve the Soviet festive canon, often adapted and rethought within the framework of the new urban tradition. Overall, the process of constructing a new model of urban festivity in Ukraine is far from complete; this emerging cultural complex remains fluid and capable of “turning” towards the festive traditions of different historical periods.