Colored lenses: life among others

«Colored lenses: life among others» exhibition aimed at understanding the idea of multiculturalism in Ukraine has been organized as a result of the Ukrainian-Canadian partnership. 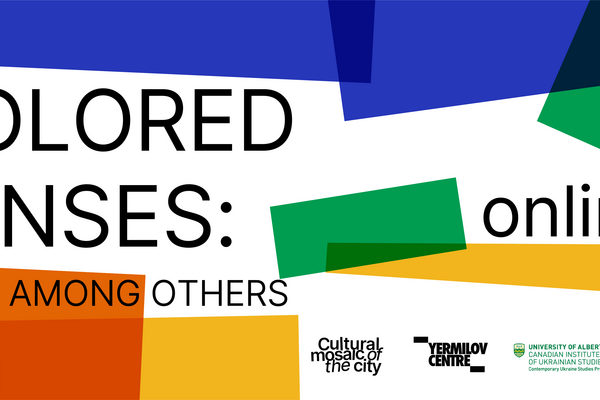 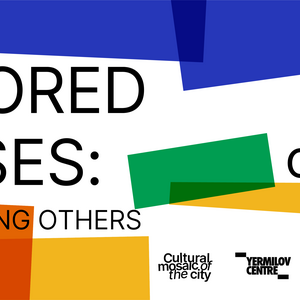 Link to the online exhibition - https://www.lifeamongothers.in.ua

Reflecting on the concept of multiculturalism, curators turned to the image of colored glass, which represents cultural contexts at the intersection of which Ukrainian identity is formed in the conditions of the fluid cultural landscape of the country.

The open call in summer 2021 doubled the number of projects, creating a new dialogue with the works of already invited artists and expanding the geography of the project.

«Instead of a mosaic image that foresees communities living together to preserve their own culture and emphasize its diversity, we have focused on the interaction of transparent coloured glass that overlaying formed the world view. In the project we sought to pay attention to social and cultural problems, which artists transmit in their works through personal stories» - said Olexandra Kutenko, one of the exhibition curators.

In the project, culture is compared to the glass through which a person sees the world. Its color is an experience that forms the vision. Worldviews are confronted, contexts are added, conflicts are created and resolved in interaction with others.

The digital format of the exhibition allowed us to create a space without walls, only with windows. Each page of the site is a window into the author’s world. The online exhibition makes it possible, on the one hand, to enter into a private dialogue with a work of art and, on the other hand, makes it part of an open global network.

The exposition included works of young artists raising relevant issues of Ukrainian cultural space, and posing the questions of:What answers does multiculturalism have and how can it help to resolve conflicts? Are the values of multiculturalism as an ideology compatible with Ukrainian realities?

We invite you to reflect on these issues and participate in the viewing of the exhibition.

The exhibition is a part of the "Cultural mosaic of the city" art and research project, the purpose of which is to explore the idea of multiculturalism in Ukraine. The project was implemented by the Canadian Institute of Ukrainian Studios, Karazin Kharkiv National University and «YermilovCentre» centre of contemporary art.