On November 9, 2018, an international conference was held on the subject of “Kharkiv-Poznań: Common Trends of Historical Development across Centuries.” The event was co-organized by the G. S. Skovoroda Kharkiv National Pedagogical University, V. N. Karazin Kharkiv National University, and the Faculty of History at Adam Mickiewicz University in Poznań (Republic of Poland). 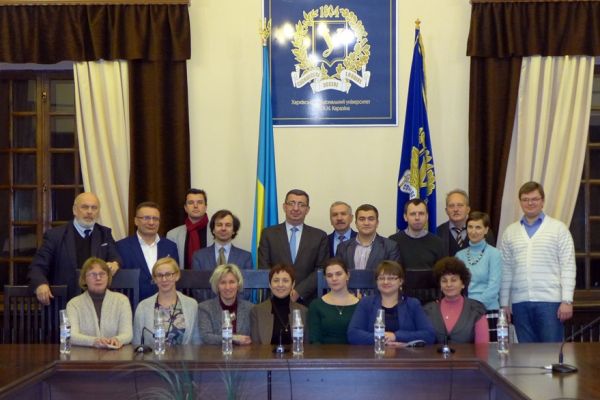 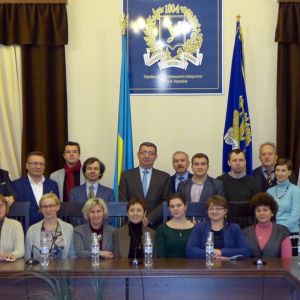 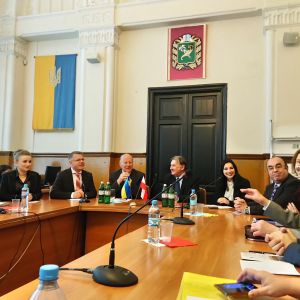 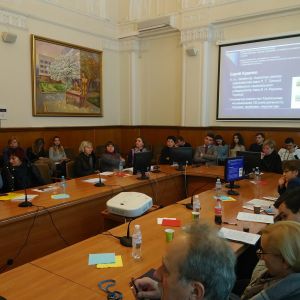 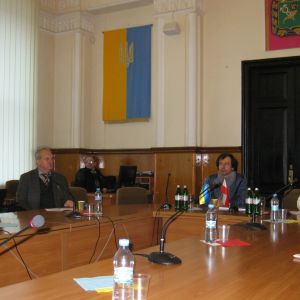 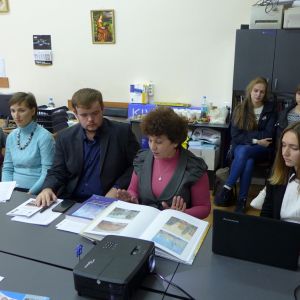 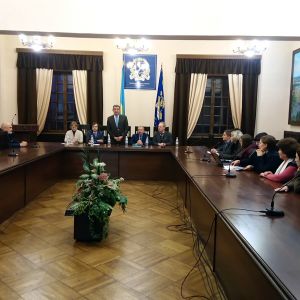 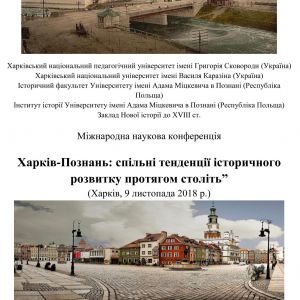 It was conceived as part of the ongoing international research project “Practices of the Self-Representation of Multinational Cities in the Industrial and Post-Industrial Era.”

There is a long tradition of cooperation and exchange of information and practical experience in various fields between Kharkiv and Poznań. Despite this, their residents still do not fully appreciate the extent to which successful cooperation between these two large European cities is based on the close similarity of the historical trajectories of their development. Kharkiv and Poznań emerged as phenomena of the culture of the frontier; both of them are essentially multiethnic and multicultural; their fate has been intimately connected with the ebb and flow of industrialization; finally, both have played an important role in their countries’ political history and process of state-formation. Kharkiv and Poznań are historically important centers of education and science in Ukraine and Poland respectively. In both cases, educational institutions (primarily universities) have played an important role in shaping the intellectual and cultural face of these cities and their image abroad. Taking into account the parallels in the historical traditions of Kharkiv and Poznań is important for understanding their current situation and opening up new areas for cooperation between them. One of the possible ways to achieve this goal is to study the past of the two cities with an eye towards finding commonalities in various dimensions of their historical existence.

The conference addressed the following questions:

Program of the conference